Home / Without Label / Whats a reverse split, and how do I play it?

Whats a reverse split, and how do I play it? 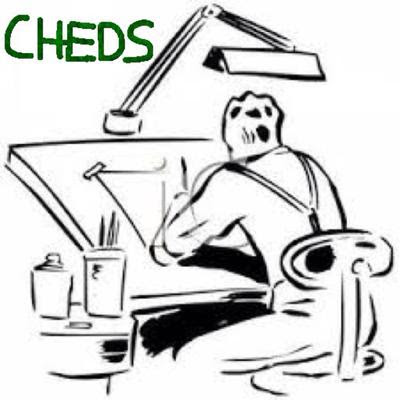 What is a Reverse-split, or RS?
http://www.investopedia.com/terms/r/reversesplit.asp

If a company has 200 million shares outstanding and the shares are trading at 20 cents each, a 1-for-10 reverse split would reduce the number of shares to 20 million, while the shares should trade at about $2. Note that the company’s market capitalization pre-split and post-split should – theoretically at least – be unchanged at $40 million.
But in the real world, a stock that has undergone a reverse split may well come under renewed selling pressure. In the above instance, if the stock declines to a price of $1.80 after the reverse split, the company’s market cap would now be $36 million. Conversely, with a forward split, the stock may gain post-split because it is perceived as a success and its lower price might attract more investors.
In the vast majority of cases, a reverse split is undertaken to fulfill exchange listing requirements. An exchange generally specifies a minimum bid price for a stock to be listed. If the stock falls below this bid price, it risks being delisted. Exchanges temporarily suspend this minimum price requirement during uncertain times; for example, the NYSE andNasdaq suspended the minimum $1 price requirement for stocks listed during the 2008-09 bear market. However, during normal business times, a company whose stock price has declined precipitously over the years may have little choice but to undergo a reverse stock split to maintain its exchange listing.
A secondary benefit of a reverse split is that by reducing the shares outstanding and share float, the stock becomes harder to borrow, making it difficult for short sellers to short the stock. The limited liquidity may also widen the bid-ask spread, which in turn deters trading and short selling.
The ratios associated with reverse splits are typically higher than those for forward splits, with some splits done on a 1-for-10, 1-for-50 or even 1-for-100 basis.

After a Reverse Split, the "D" symbol is added to the ticker. So TBEV becomes TBEVD.

"How long does a stock that has done a reverse split keep the letter "D" at the end of its symbol?"
http://www.investopedia.com/ask/answers/06/reversesplitd.asp

A reverse split is a corporate action whereby a company reduces the number of shares outstanding and increases the price of its stock. A company may decide to use a reverse split to shed its status as a penny stock, or to avoid being delisted. A common type of reverse stock split is 1:2, which means that each investor receives one share for every two that he or she already holds. In other words, the investor gets half as many shares, but they're worth twice as much as before.
As the question states, a company that has undergone a reverse stock split often gets the letter "D" attached to the end of its ticker symbol. This letter is used to designate a company that is undergoing a stock split of some sort (most often a reverse split), or some form of corporate reorganization. This letter is generally attached to the end of the ticker for approximately 20 trading days before it's removed.
Cheds Breakdown:

Bad news bears. In the OTC an RS usually happens when the AS is maxed out and there still shares left that need to be converted. So, the company takes a 1 billion OS, does a 1,000 to 1 RS and is left with a 1 million OS. Now, CEO's and board members have preferred shares, but their shares are RS protected.  Whats that mean? You are screwed, and they are not.

Best way to play this is to wait until usually a few months AFTER the RS, when the price hits a new 52W low, then you might be safe to re enter for a swing

What is Def 14C and when is it needed?

How does the voting work? 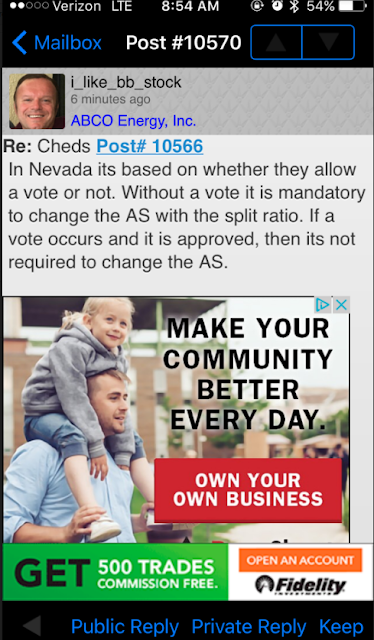 Whats a reverse split, and how do I play it?
4/ 5
Oleh SJ Mulyo
Prev Next Home